Expectation vs. Reality: A Roadmap To Achieving Zero-Carbon Home

Although it may be straightforward, achieving net-zero pollution is not as easy as it seems. Helm argues that the United Kingdom and Europe’s role stems from the 1997 Kyoto Protocol, if not earlier.

It is the notion that each nation should set a unilateral carbon output goal for its territory. And the reasoning goes that if everyone does this, we will get to net zero, but not everyone does, and not everyone can until we reach a collective consensus, which Helm believes is unlikely. It is unlikely to happen anytime soon.

According to Helm, if you take a unilateral carbon production territorial strategy, you should not fool yourself into thinking that you will no longer be adding to climate change once you reach net zero. It’s simply incorrect. Daniel Roberts adds, “It’s false because we’ll never get to zero – and we shouldn’t because the net is not the same as gross.”

Helm argues that when it comes to determining the true causes of climate change, demand is a factor, but that development is dependent on our consumption habits. “That’s what oil, gas, and coal companies do,” he says. That is just what steel producers do. It’s what chemical firms do, and it’s what automobile companies do. They fabricate it for us.”

If we asked what net-zero carbon consumption looks like, we’d get a very different view. Closing coal, automobile, petrochemical, and aerospace plants would undoubtedly be one of the easiest ways to achieve a net-zero territorial carbon output target; however, this would result in a significant rise in imports. Although this would lower a country’s territorial carbon emissions and give them a checkmark for meeting their climate change commitments, it would exacerbate climate change.

Helm argues that if you are to unilaterally ensure that you are no longer driving climate change as you reach net-zero, you must still achieve net-zero carbon emissions, which is an entirely different task than territorial output.

Ultimately, defining and stimulating low-impact, complementary consumption and exchange components would be critical to reducing carbon emissions and carbon consumption.

In Helm’s opinion, goal setting for emissions removal is the cause for so little development in the “wasted 30 years” following the United Nations Framework Convention on Climate Change. He claims that China’s tremendous growth was dependent on energy and carbon-intensive manufacturing exports – coal, fertilizers, cement, petrochemicals, and aluminum for at least the first two and a half decades.

When combined with the meteoric growth of foreign trade ships around the globe, the magnitude of Helm’s point becomes clear. The reality is that we have continued to add two parts per million carbon to the atmosphere per year over the last 30 years – and in several years even more. “Even the coronavirus and the lockdowns haven’t stopped the trend,” Daniel Roberts observes.

According to Helm, Europe, and a lesser degree, the United States, have essentially been decarbonizing demand while maintaining the same consumption trend. That is why, he says, “1990 was such a seductive year.” The fall of the Soviet Union provided us with a very simple baseline to start from, but look what happened afterward, we will continue to strive towards net-zero carbon emissions, but will we do much? No way.”

It, according to Helm, is the problem with the Paris Agreement. And if the negotiations were legally binding, the different countries’ offers or intentions do not add up to 2 degrees and apply to carbon output rather than carbon consumption.

He says that believing that any US president will ever sign a legally binding deal and have it approved by the Senate is a total fantasy. Similarly, Helm asks, “What about China’s autocrat?” China is now constructing more coal-fired power plants than Europe has built capacity.” “And if we look at Russia, look at the Siberian fires and the damage,” he continues. Is there any proof that Mr. Putin is concerned about climate change?”

In short, the actual numbers don’t deceive, and we can’t be selective about the situation’s truth. Our current goals are not fit for purpose, and we must face the uncomfortable reality that the proposed path will not accomplish the target.

Helm admits that we should keep educating people about the problems, asking them about the science, and holding demonstrations, but that “this is not necessarily going to solve our problem.” “We have to ask a critical question,” he adds. What exactly do we need to do if we want to make a difference in the fight against climate change?”

According to Helm, we should start by implementing three basic but expansive economic principles – namely, those relating to the distribution of finite capital.

“First and foremost, the polluter pays. “If you don’t care for the pollution you cause, you won’t take it seriously,” Helm contends. He says that socially efficient economies internalize externalities in a fully competitive economy and price carbon.

According to Helm, the concept of public goodwill also applies. He argues that the resources needed to decarbonize economies can not be developed by the economy on its own. Finally, the net benefit theorem will be applicable. According to Helm, if “you cause the waste or net emissions, then you must cover it with sequestration.”

The Real Cost of a Carbon Tax

He does not mean the EU Emissions Trading System (EU ETS) market, which he thinks is “short-term” and “volatile,” but rather a price that can be investigated credibly in the medium and long-term and seen rising over time. Also included is a carbon tax added to transportation, agriculture, home heating, and power.

“Decarbonizing energy is not rocket science, and we at least know how to do it,” Helm says, “but transportation emissions have been stagnant since 1990, and the great distribution boom brought on by the internet and the coronavirus would exacerbate this.” He claims that soils in agriculture have four times the carbon of the environment. Still, we don’t accurately quantify the carbon being stripped out of the soils by standard agricultural policy and the sheer inefficiency of modern agriculture. “We ought to price carbon so that farmers pay for emissions rather than being subsidized by cheap diesel and effectively using more carbon-intensive chemical means of production,” he says. 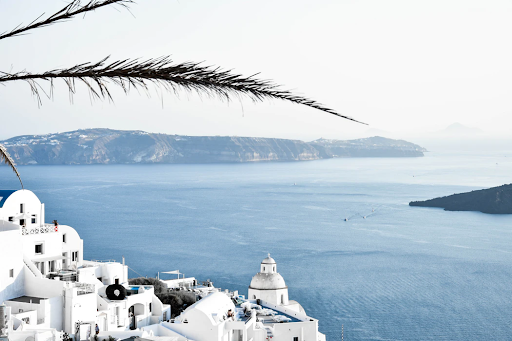 According to Helm, it is critical to generalize the carbon price, but this carbon price cannot be solely a domestic price. It is pointless to tax carbon or get the EU ETS in Europe if it disadvantages energy-intensive producers in Europe.

The obvious ramifications of this would be that oil companies would close; but, the fact is that they spend their money elsewhere.

Perhaps the solution lies in adjusting the carbon border? Yes, it is impossible to quantify, but Helm claims that it is preferable to be “roughly correct” rather than “very precisely incorrect.”

Helm contends that when determining what carbon pricing to apply to domestic products and services, it should also apply to manufactured goods and services.

He goes on to say that it doesn’t have to start with anything because “there are just about five large sectors that account for the majority of the global carbon exchange.” Starting with these still leaves a mountain to climb, but the road becomes much more achievable and impactful from the outset.

Surprisingly, the carbon boundary change (or price) produces a somewhat different reality from existing processes. “If a ton of steel carrying tons of carbon that arrives in a country needs to pay the same carbon price as a local steel manufacturer, you can save a lot of money. As capital is the way to get a lot of internationalization of the unilateral attempts to fix climate change so far,” Helm declares.

Helm argues that this points to the belief that every nation involved in trade has a solid opportunity to implement its carbon price during the border adjustment period. Helm says that this bottom-up emissions pricing approach is much more potentially effective in terms of climate change, and that is why we need to be serious with carbon pricing as part of the carbon agenda.

In summary, Helm states that a carbon scheme includes carbon taxes, carbon border changes, investment in necessary infrastructure, and adequate offsetting. “And that is the point of the strategy, to strike a balance,” Helm says. “Climate change is not just about emissions; it is one side of the seesaw that is rapidly increasing. The willingness of the natural world to consume the carbon is the other side of the seesaw that is falling,” he warns.

If you are tired of renting and throwing away money it is time to give James a call or shoot him an email. He specializes in VA, USDA, FHA, and Conventional financing. If anyone can get you into a new home it is James Peters at All Things Mortgage.